Dr. Nat’e Guyton completed her Doctorate at the age of 39 years from University of Phoenix. Dr. Guyton also holds a Bachelor’s in Nursing, a Master’s in Nursing from Widener University, a Post Master’s in Healthcare Informatics from Drexel University, and a Post Master’s in Healthcare Administration from Villanova University. She is the Chief Nurse Officer of Spok, Inc. the global leader in healthcare communications, delivering clinical information to care teams when and where it matters most to improve patient outcomes. She has published numerous articles, a book, and has been serving as a board member of Delaware Valley HIMSS.

Darcy Hostetter-Lewis received her Bachelor of Science in Nursing from California State University, Chico in 2001. She obtained employment as a newly graduated nurse in the specialty of obstetrical care and she remained working in labor and delivery for 9 years. Upon receiving her Master of Science in Nursing degree as a perinatal educator from Saint Louis University in 2009, she found a passion for diabetes education and she began working in an outpatient program which enabled her to provide diabetes care and prenatal education as well as breastfeeding education and support for underserved pregnant and post partum women. She was recruited by a national education center and has travelled extensively throughout the United States, providing education to health care providers as to the provision of evidence based care for women with gestational diabetes. In 2011 she was drafted to the position of Manager of Education and Training at the hospital where she was employed, and she remained at that position for two years, developing a wide range of evidence based education and training for all hospital employees. She began teaching in 2006, and in addition to maintaining her personal nursing practice she has taught continuously for California State University, Chico for the past 10 years. Darcy left her management position in 2013 and returned to the clinical setting in order to pursue her Doctor of Nursing Practice degree through the University of Hawaii at Manoa, She successfully completed her doctorate in 2015, following ground breaking on her doctorate project, the Kristina Chesterman Memorial Clinic (KCMC) in Ozu Abam, Nigeria. Today Darcy resides in Northern California where she continues teach as well as to work in the acute care setting, both as a house supervior and as a nurse in the emergency department. Her work with the Kristina Chesterman Memorial Clinic continues, with inauguration of the KCMC healthcare and teaching facility currently scheduled for 2017. She has been married for 28 years and has four grown sons.

Irene Treadwell, who has her expertise in Behavioral Health, is passionate about being of service to those who are served the least. With Urban Pathways for over five years. Ms. Treadwell serves as the Lead Nurse for the Medical Wellness Program. She is also the President/CEO of the Black Nurses Rock-NYC Chapter, established May 2016; one of 48 chapters of the Black Nurses Rock Nursing Organization. She is an American Heart Association/Empowered to Serve Ambassador, American Diabetes Association/Merck facilitator, American Sexual Health Association Ambassador, a member of National Association of Professional Women and the 2016 LPN

Dr. Cameo Aleece Green is a native of Columbia, South Carolina. Dr. Green’s collegiate journey began at the age of 17 years old at the University of South Carolina in Columbia. She later transferred to the University of South Carolina-Upstate and obtained her Bachelor of Science in Nursing in 2007. Dr. Green was later accepted into the Medical University of South Carolina where she received her first Master of Science in Nursing. During this time, Dr. Green was recognized as a First Honor Graduate (Valedictorian) for the College of Nursing. She continued her education and received her second Master of Science in Nursing degree and a Doctor of Nursing Practice degree from the Medical University of South Carolina in Charleston, SC. Dr. Green’s Doctoral work focused on ensuring that Patients with Heart Failure in the Rural areas received the care recommended by the Centers for Medicare and Medicaid Services. While attending the Medical University of South Carolina, she served as a Presidential Scholar and later a Fellow. Dr. Green completed the Affordable Care Act Leadership training sponsored by Harvard University. Dr. Green previously practiced at the Regional Medical Center-St. Matthews Family Practice in St. Matthews, South Carolina as a Primary Care Provider. Currently, she practices at the Convenient Care of Lexington, SC. Dr. Green is nationally certified as a Family Nurse Practitioner by the American Academy of Nurse Practitioners. She also recently passed the Medical Examiner Certification Test of the National Registry of Certified Medical Examiners. Dr. Green has spoken at numerous venues including as the inaugural speaker for the Dr. Martin Luther King, Jr. Celebration in Hopkins, South Carolina. She has spoken at several schools including Pocalla Springs Elementary (Sumter, SC), Howard Middle (Orangeburg, SC), Orangeburg-Wilkinson High, and Voorhees College (Denmark, SC). Dr. Green has been featured in numerous publications including the “For Nurses by Nurses Magazine” and “The Catalyst Newspaper.” She has appeared on several local radio shows including “The Urban Scene” and “What’s Trending Now.” Dr. Green was awarded the “Living the Legacy” award from the National Council of Negro Women in 2016. Dr. Green was recognized by the BlindSpot Art Foundation as a “Midlands Woman on The Move.” Dr. Green has become an annual Ruby Sponsor for the BlindSpot Art Foundation for their recognition of “Ordinary Women doing Extraordinary Things.” In October 2015, Dr. Green served as the Commencement Speaker for the Chamberlain College of Nursing in Alexandria, Virginia. Also, in March 2017, she served as the Guest Speaker for the Women Making History Excellence Awards in Binghamton, New York. She was recently appointed as the 3rd Vice President for the entire State of South Carolina for the National Council of Negro Women. She is a proud member of Sigma Gamma Rho Sorority, Incorporated. She also holds membership in Chi Eta Phi Sorority, Incorporated, a Nursing Sorority. She also was inducted into Sigma Theta Tau International, Honor Nursing Society of Nursing while obtaining her Doctorate degree. She is also the Founder and CEO of her own nonprofit organization called Rural and Urban Communities Matter. Rural and Urban Communities recently had their first event called “Hopkins Talks: Dementia Care” in Hopkins, South Carolina. The Event of Rural and Urban Communities Matter was completely free for the Citizens in the Hopkins, SC area. A Nationally Certified Dementia Care Practitioner, Trainer, and Respiratory Therapist was the speaker. In addition to him speaking, Rural and Urban Communities Matter had tables showcasing free information about Assistant Living, free information about Skilled Nursing Facilities, and free blood pressure checks for all Participants. She currently resides in Hopkins, SC. Dr. Green is committed to serving the rural areas of South Carolina. She will be delivering a speech on September 28th, 2017 called “The Men and Women in the Mirror” in Concord, North Carolina. The speech will provide activism tips for the Participants. Dr. Green is a proud of member of the National Women’s Political Caucus in Washington, DC.

Experienced Professor with a demonstrated history of working in the higher education industry. Skilled in Nursing Education, Communication, Symposia, Lecturing, and Quality Management. Strong education professional with a Doctor of Public Health focused in Community Health Practice from The University of Texas Health Science Center at Houston.

Yoshiko Yamaguchi has received her Ph. D in Kyushu University, Japan. Currently, she is working as research associate in Home Care Nursing, Faculty of Nursing, Kwassui Women’s University, Japan. She has successfully completed her responsibilities as reviewer for 11 papers from year of 2016 to 2017. She is serving as an editor of International Journal of Nursing & Clinical Practices and Journal of Comprehensive Nursing Research and Care. And she is honorary president of the scholarly association IAPHLSR: International Association for Promotion of Healthcare and Life-Science Research. She has been awarded as a best presentation of 7th International Conference on Healthcare, Nursing and Disease Management, 2016, Singapore. (Oral presentation), and as a best paper of Journal of Japan Academy of Nursing Administration and Policies, (Research article), 2013.

Dr. NeSmith is an Associate Professor at Georgia Regents University and has nearly 25 years of experience in trauma, emergency, and disaster nursing. Dr. NeSmith obtained her PhD with a focus on translational and interdisciplinary research. Her federally-funded grants, publications, and international presentations focus on health disparities for acute outcomes of trauma, particularly those related to chronic stress and complications of trauma with inflammatory origins. Dr. NeSmith is also an Acute Care Nurse Practitioner and applies her skills to research focused role implementation in collaboration with her clinical and scientific partners within the Level 1 trauma center at her institution.

Focus on translational and interdisciplinary research. 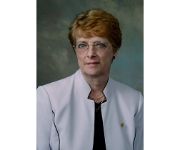 Dr. Rosenkoetter is a nurse researcher with over 30 years experience in nursing practice, education, research and administration. She has extensive publications and presentations, and is an international nursing and health care consultant. She continues to be a leader in national organizations with particular interests in health care globalization issues and cultural competencies. Her primary research expertise is in survey research and research methodology. She is a Fellow of the American Academy of Nursing.

Andrzej Nowicki was born in Warsaw, Poland. He graduated from Military Medical Academy in Lodz in 1975 and he got a degree as a medical doctor (MD) in Institute of Oncology in Warsaw in 1987 and postdoctoral degree in 1998. He is a winner of two individual scientific prices awarded by Bydgoszcz Oncological Foundation. In 1995 he was in University Hospital in Calgary as a visiting professor. At present he is an assistant professor in Collegium Medicum of the Nicolaus Copernicus University in Torun and director of the Oncological Nursing Unit as well as academic teacher in the Department of Nursing. He is an author of above 107 articles published in medical magazines and he was an author of handbook under title ‘Oncological Nursing’.

Rose E. Constantino, PhD, JD, RN, FAAN, FACFE, is Associate Professor at the University of Pittsburgh School of Nursing, Department of Health and Community Systems. She teaches Forensic Nursing. She is the senior editor of Forensic Nursing: Evidence-based Principles and Practice published by F. A. Davis in 2013. Her pro bono family law practice is founded on her research on the consequences of Intimate Partner Violence on the health, safety and well-being of women, men and children worldwide. She is mentoring students in developing the HELPP Zone app as a training tool for bystanders worldwide in recognizing, responding and preventing relationship violence including domestic and sexual violence.

Her current research is in comparing the effectiveness of Online and Face-to-Face intervention in women and children in intimate partner violence.

Dr. Melissa Geist is an Associate Professor of Nursing and maintains dual certification as a Family, as well as a Pediatric Nurse Practitioner. Dr. Geist received her Eddy at Peabody College of Vanderbilt University. She completed a post-doctoral fellowship with the NSF funded Vent Engineering Research Center (a collaboration between Vanderbilt, Northwestern, The University of Texas and Harvard Universities) where she developed and implemented Legacy Cycles as part of a curricular change in Biomedical Engineering aimed at increasing flexible knowledge and adaptive expertise of students. In her classes, nursing students engage in critical reasoning and clinical decision making via Legacy Cycle modules on complex topics such as management of anticoagulants, and care of the older adult client in the emergency department setting. She currently works at a regional medical center which experiences approximately 50,000 visits per year.

Dear Team, Whoever not added below script of face book messenger for 2020 conferences in ACS, add it and if you don’t know how to keep it take the help from others